2013 IDPA Back up gun National Championship 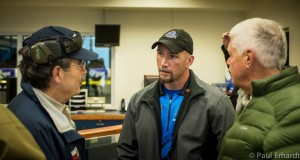 This match, designed to test the skills of the shooters with (finally!) their real deal carry guns 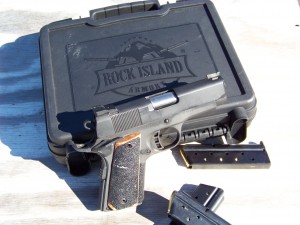 like this Rock Island Armory compact 1911 was the first national championship for this division. Consisting of 13 stages that Joyce Wilson (Wilson Combat and Executive Director at IDPA) described as “front sight” intensive, the match was ran in a manner that a 5 shot revolver could theoretically compete with an automatic. Most strings were 5 shot strings requiring a series of targets to be engaged in varying orders. Several stages included low light or no light, and the user had the opportunity to use whatever flashlight and technique they desired (I used my actually carry light on one stage and a borrowed light on another).

While this match might not be your typical match that would entertain the USPSA open shooter with a 23 round gun, it had elements that you would not be able to find anywhere else. One that appealed to me was the fact that competitors could (and were) using real deal carry guns with no bells or whistles. This match and division is in my opinion exactly where IDPA should be focused on. The truth is that I have never shot my actual carry gun in a major match, simply because it would not be competitive. This match is the exception!

For those of you that wish to know more or that might have missed this one, don’t worry as my mission was to help Michael Bane cover the match for an upcoming episode of Shooting Gallery (should be airing in Feb), so you will get a detailed look at what I consider one of the best divisions IDPA has to offer. I expect this division to grow much in the future, and in conversations about the sport found that Joyce (Wilson) had some very aggressive goals in the growth of IDPA and specifically this division in the future. If they continue on this path, I have no doubt she will reach that goal! 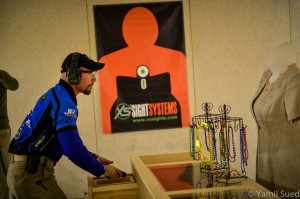 Going for the pick up gun on one of the stages of the match!

If you have a chance to shoot this division at your local match, or even better, next years nationals….don’t hesitate! I promise, you will not be disappointed. As for me, I WILL be back!