Stage Breakdown – Planning to shoot a stage is often a critical part of performing well in a match.  Below you will find a flow chart that outlines how I go about breaking down a stage and planning to shoot it, and the following are some general details and terms you need to know: 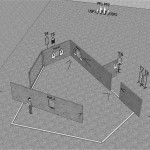 Stage with arrows that show stage and stop markers.

Stage Breakdown Flowchart – This has been requested by several people, and may be of use to the new shooter.  This flowchart will show you the process I go through to break down and stage in my planning process: 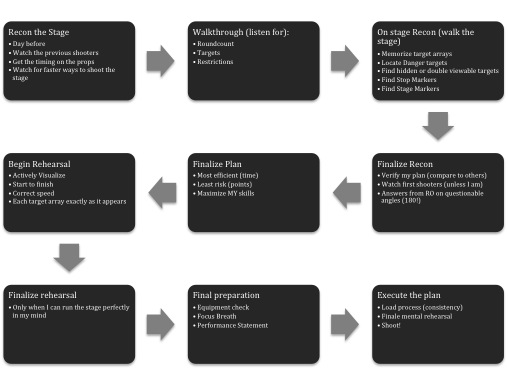